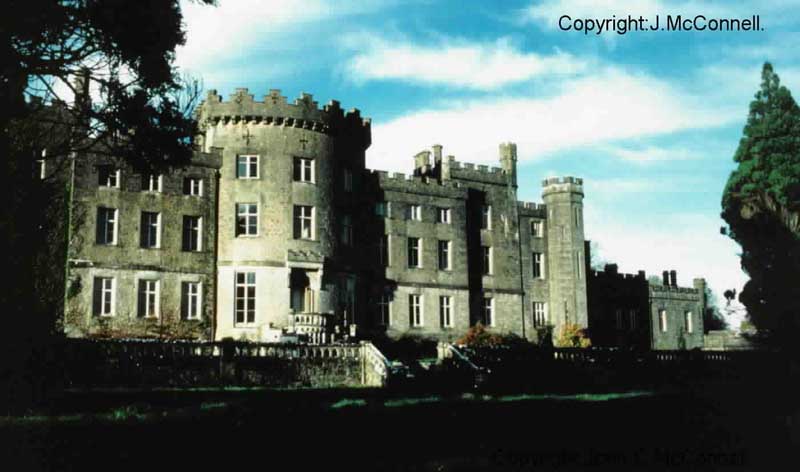 The story of the Coopers of Markree Castle, Co. Sligo, Ireland dates back to the 17th Century, and we first hear mention of them in 1663 when Cornet Cooper was allotted lands at Markree, and it is possible that he then commenced to build what is now Markree Castle on the site of a small fort or blockhouse guarding the ford across the river. But, for the sake of space, I must confine myself to the one member of the family interested in astronomy. Edward Joshua Cooper was born in May 1798 at St. Stephen’s Green, Dublin, and the eldest son of Edward Synge Cooper, and Ann, daughter of Henry Verelst, Governor of Bengal, from whom he derived his first interest in astronomy. This interest was confirmed by his visits to Dr J.A. Hamilton at Armagh Observatory   during his term at the Royal School Armagh. 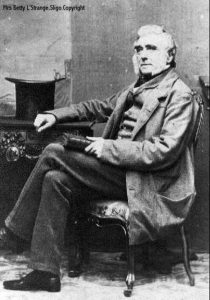 His education continued at Eaton College,    from whence he   passed on the Christ Church College Oxford but left after two years without taking a degree. Succeeding in 1830 on his father’s death to the seat of Markree Castle, Col. Edward Joshua Cooper M.P (1798-1863) immediately thought about setting up an observatory. He acquired from Robert A.Cauchoix of Paris, an objective of 13.5-inches (35.5cm) for which he paid £1200. He firstly mounted it in a wooden tube and Herschel-type mounting, but in 1834 had the lens mounted by Thomas Grubb of Dublin.

The tube and equatorial mounting were of the German type, and constructed of cast-iron, which is believed to be the first time this material was used in a telescope. It is also believed to be Grubb’s first commercial venture into telescope making, for all those that followed took on a similar design. For a number of years Cooper’s big refractor was the largest in the world. To the observatory was added a 5-foot (1.5m) transit by Troughton, and a fine 3-foot (0.9m) Meridian Circle by Ertel of Munich, which was fitted with an interchangeable 7- inch (17.75cm) glass, which again, was the largest at that time, 1839. 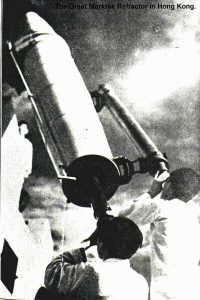 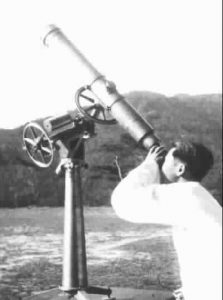 A 4- inch (10cm) Comet Seeker, also by Ertel was added in 1842, and was placed on a massive pier in a small dome accessible only from the revolving gantry of the refractor.

At the Annual Meeting   of the Royal Astronomical Society of 1851 it was described as “the most richly furnished private observatory in existence”. Its claim to fame came on the night of April 25,1848, when Cooper’s able assistant, Andrew Graham, discovered the ninth Minor Planet, Metis, with the Comet Seeker, by working to and adopting a prudent observing plan laid out by Cooper. It is said that Cooper was too busy to observe that evening himself, and on its discovery, delegated to Graham the choice of a name. He chose between Metis, put forward by Dr Romney Robinson, Director of the observatory at Armagh, and Thetis suggested by Sir John Herschel. The name Thetis was later given to asteroid number 17.

Metis was also the first asteroid ever to be discovered from Ireland.

It is one of the bigger asteroids at 230 miles (370 km) across, almost 10 times the size of (433) Eros, and more likely potato-shaped. Why not take the chance to try and observe Metis when it is still well placed in the evening sky, and even better, try to photograph it over several nights. Andrew Graham was born in 1815 in County Fermanagh, Northern Ireland, and was trained to the use of a meridian circle at Armagh  Observatory, although there is no record of him being on the staff. He resigned his post at Markree in 1860, but continued his research at Cambridge Observatory until his retirement in 1905. He died at Cambridge in 1907.