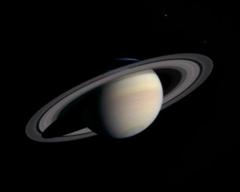 On New Years Eve the planet Saturn will be closer to Earth and brighter than at any time in three decades. All month long, everyone can enjoy Saturn at it’s finest. A similar opportunity won’t come again for another 30 years. On Dec. 31 at precisely 00:00hrs, when the clock strikes midnight heralding in the new year, Saturn will be opposite the Sun in relation to Earth. That means that from our planet, Saturn will rise as the Sun sets, reaching its highest point in the southern sky at midnight and setting as the Sun rises, that’s why it’s called opposition.

Saturn takes 29.42 years to orbit the Sun. Its path is not quite circular, and it was just on July 26 that Saturn reached its closest point to the Sun on that orbit, called perihelion. The near coincidence of perihelion and opposition dictate that on New Years Eve, Saturn will be closer to Earth than at any time since December 1973. The ringed planet will then be 748.3 million miles (1.2 billion kilometers) from Earth. It will not come closer again until January of 2034. Contrast this year’s event to another opposition, in June 2018, when Saturn will get no closer than 841 million miles, or almost 100 million miles farther away.

And there’s a bonus. Saturn’s rings are not always well tilted for viewing. Sometimes they are edge on, as seen from Earth, and unimpressive. At present, the rings are still dramatically tipped — more than 25 degrees to our line of sight. This allows the planet to be seen in all its glory, and it also accentuates Saturn’s brightness. By the end of December, Saturn will be shining as bright as it can ever get, at magnitude –0.5. Of the stars, only Sirius and Canopus are brighter. With a simple sky map, Saturn is easy to find. It is currently in the constellation of Gemini, the Twins. Were we to use the popular tracing conceived by H.A. Rey, of “two matchstick men holding hands,” Saturn is found between the legs of the twins.

Saturn is the telescopic showpiece of the night sky, thanks to its great ring system in all it’s elegance. In small telescopes, the rings surprise even veteran observers with their stunning beauty. Certainly they will delight anyone this winter who might receive a telescope as a holiday gift. Any telescope magnifying more than 30x will show them. Even the most inexpensive off-the-shelf telescopes should do the job. 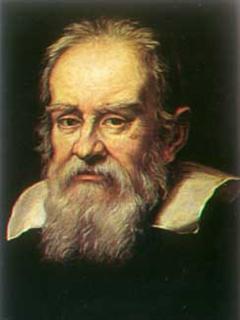 Galileo Galilei (1564-1642) was the first to view the rings, in 1610. Although what he saw through his crude telescope left him completely baffled, as Saturn appeared to him not to have rings but rather two smaller bodies flanking it, one on either side. He couldn’t make them out clearly and thought that Saturn was a triple body, two small orbs attached to a large one.Later, when the rings turned edgewise to Earth and the two companions disappeared, Galileo invoked an ancient myth when he wrote, “Has Saturn swallowed his children?” Galileo lamented that his mind was too weak to comprehend this strange phenomenon. 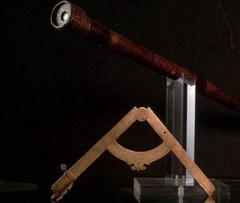 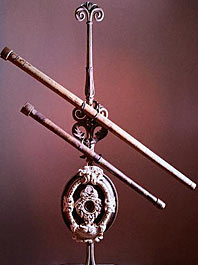 Actually, it was his telescope that was too weak; a better one would have revealed Saturn’s companions as rings. It was not until a young Dutch mathematician, Christian Huygens (1629-1695) utilized a much better telescope, and on March 25, 1655 saw the rings for what they really were.

In mythology, Saturn closely resembled the Greek god Cronus, but he’s more usually recognized as the Roman god of agriculture. The name is related to both the noun satus (seed corn) and the verb serere (to sow). But why would the planet Saturn be linked to agriculture? Perhaps a clue can be found from the ancient Assyrians who referred to Saturn as lubadsagush, which translated, meant “oldest of the old sheep.”

Possibly this name was applied because Saturn seems to move so very slowly among the stars, compared to nearer planets that shift their seasonal positions in the sky more quickly. It may have also reminded sky watchers of the slow pace of plowing oxen or cattle.

Closer views of Saturn are eagerly awaited for next year. NASA’s Cassini spacecraft will arrive at the ringed planet in June 2004 and is expected to produce the best images and data ever collected of the sixth planet from our Sun. 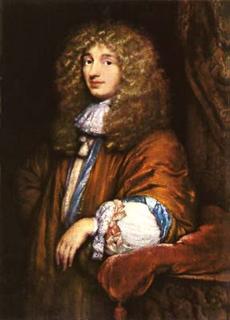