A question which keeps popping up over and over again on the NIAAS forum is “How do I select a telescope”?
Usually, this question will be asked by those who are beginning to take an interest in astronomy.
They may have seen or read an article about some aspect of astronomy, and want to investigate further.
Astronomy is a vast subject, with many different aspects.
Observing is only one aspect of the subject, although it is a very important one.
There are hundreds of books, several monthly magazines and literally millions of articles on the internet about astronomy, and it would be possible to build a detailed knowledge of the subject from these sources alone.
Indeed, many people do just this and never look through a telescope, but for most amateur astronomers the most enjoyable aspect of the hobby is to get out on a dark, clear night and have a look at the beauty of the heavens.
However, there is one thing which must be said right from the start. Books, magazines and the internet are full of fantastic colourful photographs of things like planets, stars, galaxies and nebulae taken by cameras on which the lens has been left open for several seconds or minutes, or which have been created by layering many images on top of each other to build up the image.
The ordinary backyard observer will not be able to see these objects just as they appear in these photographs, as the human eye is incapable of doing this.
Having said this, there are countless, wonderful sights to be seen with an ordinary telescope, more than enough to last a lifetime.

So, how to begin?

There is no substitute for gaining a rudimentary knowledge of the sky, especially the main constellations and the brightest stars.
No optical aid is required for this, just a basic guide book.
“Turn Left at Orion” is generally considered to be one the best beginner’s books, it is full of useful information and simple guides to the night sky.
The next step is to invest in a good pair of binoculars, usually either 7×50 or 10×50.
The first number (7 or 10 in this case) is the magnification, and the second number (50) is the diameter of the front lens in millimetres.
Beginners are often surprised by just how much can be seen with binoculars, and most amateur astronomers carry a pair as part of their equipment.
Indeed, many of the best sights in the heavens are best seen with binoculars.
It is possible to buy more powerful binoculars, but they can be heavy and difficult to hold steady, and require supporting tripods for best use.
Many amateur astronomers use these more powerful binoculars on the basis that two eyes are better than one, and the view through these can be spectacular.
Beware of newspaper advertisements stating things like “6000% magnification!”  This is very misleading, as this simply means that it will magnify 60 times, not 6,000 times!

Eventually, the beginner will want to invest in a telescope.

It is important to note at this point that a telescope is not just an instrument to magnify objects, and it is better to think of a telescope as an instrument which makes faint objects brighter. For instance, it is possible to see the planet Saturn with the naked eye as a bright “star”.
A pair of binoculars will show the “star” as a brighter “star”, and will also show a bulge near the edges, which is the rings, along with the main moon Titan.
A telescope will show the dot as a disc, the rings, and the gaps within them, will be clearly seen, and several moons will also be visible, and the more powerful the telescope, the more clearly these can be seen.
A telescope can be a major investment, and much thought should be given to the various factors involved in making a decision.

The first factor to consider is cost.

It is possible to buy a fairly good telescope for around £100, and some examples and recommendations will be given later for various price ranges.
The problem with these cheaper telescopes is that they tend to have a small lens or mirror, depending on the type of telescope, and therefore will not give a great view of many objects, although they will be perfectly acceptable for viewing the moon and general sweeping around the sky.
The owner of such a telescope may quickly become frustrated at the restricted views available, and either regret not buying something larger or become disillusioned at the relatively poor views.

Another major factor to consider is storage.

Some telescopes can be fairly bulky and may require a considerable amount of storage space, and allied to this is the portability factor.
Can you lift the telescope you want to buy?
Some of them can be quite heavy, especially the mount.
Telescopes require fairly heavy mounts in order to enhance stability while in use, and there are few things more irritating than a mount which sways in even the gentlest breeze.

Something else which must be considered is the question of where to buy the telescope.

Toy shops and internet sites like Ebay should be avoided, and it is always better to buy direct from a dealer, either in a shop or on the internet. Again, recommendations will be given later.
After gaining some experience, it will be possible to spot some good bargains for equipment on places like Ebay and Astronomy Buy-and-Sell.
The amateur astronomy community is quite close-knit and friendly, and it is rare to hear of some-one being ripped off, as word soon gets around about that kind of behaviour.

It is also worth thinking about what type of activities interest you, as this will also influence your choice of scope.

Will you be an observer only, or will you want to branch out into astrophotography, which is photographing sky objects?

You should also consider what type of objects you want to observe.

Will you be mainly interested in planets, the Moon or deep-sky objects? Most likely it will be a combination of all of these.
It is a good idea to try before you buy if at all possible.

The NIAAS has regular observing sessions, although the frequency of these is dictated by the weather.
Different types of telescope, of various sizes, will be used at these sessions, and beginners are always welcome to come along and have a look.

Telescopes are available as three basic types, although there are variations within these types.
These three types are refractors, reflectors and Schmidt-Cassegrain telescopes. (SCT)

A comprehensive description of each type, along with their advantages and disadvantages, can be found in this article by Andy Johnson, and it is recommended that you read this article at this point if you are unaware of the different types of telescope available.

All the telescopes recommended by the Society will come with a mount, finder-scope, eyepieces and sometimes a Barlow lens, full instructions and often a computer disc containing a sky map.
Obviously, we have not been able to test all the available makes and sizes of telescope available as there are hundreds of them, and so the following recommendations are either based on those telescopes which various members have used and tested over the years, or are brands which have an excellent reputation.

Do not feel restricted by this list, as the last ten years or so have seen an enormous growth in the availability of astronomical equipment for the amateur, and the choice is almost limitless.
For every recommendation here, there are several alternative brands, and they may be just as good or even better. It is now a fact that the manufacturing standards of modern amateur equipment are very high, and it is very difficult to buy a bad telescope.

The main manufacturers at present are, Meade, Celestron, Skywatcher and Orion.

Please note that the prices quoted in the links are correct at the time of writing (Updated 2020)) and may increase or decrease in future.

There are probably even more different brands and types of binoculars available than telescopes, but this is an excellent pair at a very good price.
This particular brand, Bresser, is sometimes available from LIDL supermarkets, as are some telescopes. Priced here at under £30. 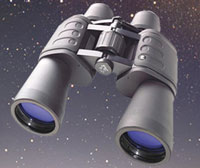 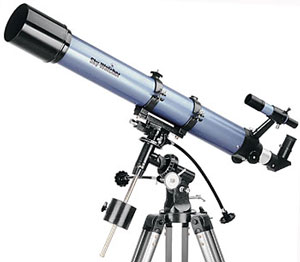 This refractor, the Skywatcher Evostar 90(EQ2) has a 3″ lens, a steady tripod, comes with two eyepieces, and will give good views of the moon, star clusters, double stars and main planets. Available here from First Light Optics
https://www.firstlightoptics.com/evostar/skywatcher-evostar-90-eq2.html 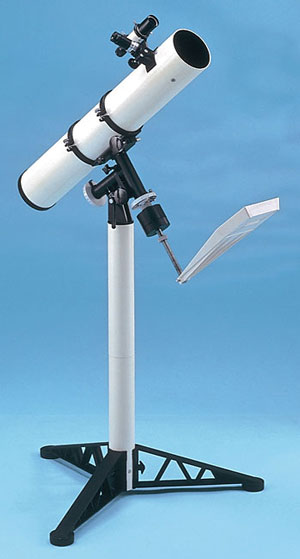 This Russian-made reflector, the Tal 1, has a 4″ mirror, comes with two eyepieces and is built like a tank! (No longer available to buy new but can be picked up second hand) 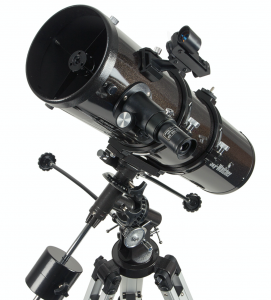 The Sky-Watcher Explorer 130P (EQ-2) is a reflector that gets fantastic reviews and can even be used for simple astrophotography. Available here from First Light Optics
https://www.firstlightoptics.com/beginner-telescopes/skywatcher-explorer-130p.html 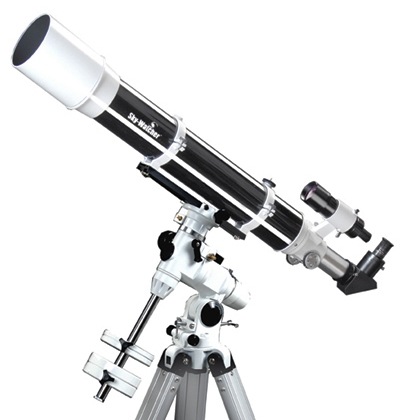 This is an Evostar 120, a 5″ refractor on an excellent mount.
www.firstlightoptics.com/…/skywatcher-evostar-120-with-eq3-2-eq3-pro-eq5-eq5-pro-heq5-mounts 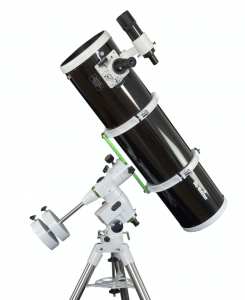 This Skywatcher Explorer 200 8″ reflector really lets you get observing galaxies and nebulae.
https://www.firstlightoptics.com/reflectors/skywatcher-explorer-200p-eq5.html 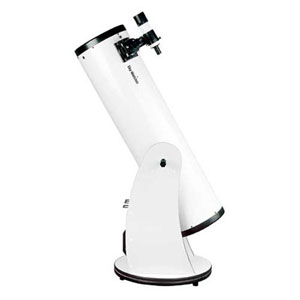 A 10″ Skywatcher Skyliner Dobsonian reflector, which is a serious piece of kit, and is highly recommended.
https://www.wexphotovideo.com/sky-watcher-skyliner-200p-classic-parabolic-dobsonian-telescope-10565/ 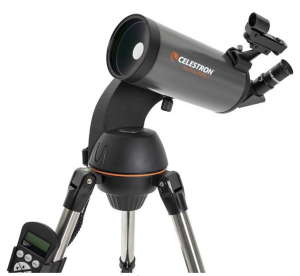 First Light Optics – https://www.firstlightoptics.com
This is a first class company, fast, very reliable and used by many NIAAS members.

North Down Telescopes – https://www.northdowntelescopes.co.uk
If you want to buy local, Andy McCrea from Bangor provides a top class service, and he is also used extensively by NIAAS members. 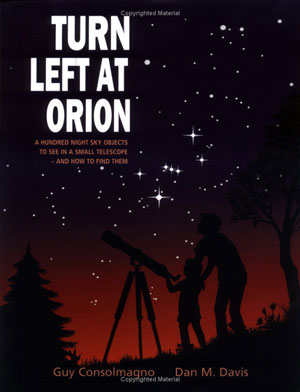 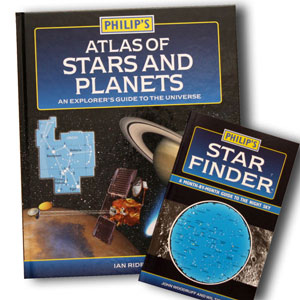 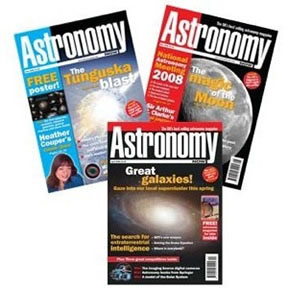 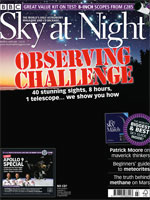 Enter the word “telescope” in Google and there are 31,600,000 hits. So there is plenty of information out there to be found.  However, what is the answer to the question at the beginning of this article?

One answer would be that the best telescope to buy is the one you will actually use. If it is too big, or too heavy, or takes too long to put together, the temptation will be to go and do something else instead. So, the best advice for a beginner would be to buy a reasonably priced, easy to handle, quickly assembled telescope which will give the best possible views.

We recommend that the telescope which perhaps best fits these criteria is an 8″ Dobsonian reflector similar to this, the Skywatcher Skyliner 200P.

This telescope, with the addition of a laser collimator (a device to line up the mirrors) and possibly a red dot finder instead of the small finder-scope, may well be the ideal beginner’s choice.
https://www.firstlightoptics.com/dobsonians/skywatcher-skyliner-200p-dobsonian.html